Top Posts
What Happens During a Car Check-Up and Maintenance?
Choosing Motorbike Insurance
Own a Financed Car? Here’s What to Know...
Looking Through Different Options for A Car Maintenance
How I Managed to Learn How to Drive
Three Great Places To Look For Car Insurance
How to Ride a Motorcycle
What To Look For In An Insurance Company
Looking After Your City Car
How to Buy Your Next Car Online
Home Archives
Monthly Archives

Your driving style will make a big difference to your fuel economy. Even when fuel prices are low, you can still save a bunch of money by making a few adjustments to your driving style and habits. Therefore, I am going to share with you some of tips to keep in mind when you are out on the road. Just implementing a couple of these could lead to less money spent on fuel.

So how do you Cut Fuel Costs?

Reduce your speed. There has been plenty of studies done that show that slowing down can save you a lot of money. The biggest savings can be found on the motorway because higher speeds usually require more fuel. Some of these studies measured fuel mileage while driving at a steady 55, 65 and 75 mph in a Honda Accord, three versions of a Ford Fusion, which included a hybrid and a Toyota RAV4. The drop in fuel economy while speeding up from 55 to 65 was around 5 to 8 mpg. Increasing the speed to 75 reduced fuel efficiency by an additional 5 to 8 mpg.

Overall, speeding up from 55 mpg to 75 is like moving from a small car to a large SUV. Beyond fuel issues, going too fast is a safety risk. Avoid hard acceleration and braking whenever possible. In commonly found studies, frequent bursts of acceleration and braking reduced an old Toyota Camry’s mileage by 2 to 3 mpg. Once up to speed on the motorway, try to keep a consistent speed.

What is the Impact of Carrying Stuff on the Roof?

At motorway speeds, more than around 50 percent of your engine power goes to overcoming aerodynamic drag. Do not add to that by carrying stuff you do not need on the roof. Studies have documented fuel economy tests on the motorway with a Nissan Altima and a Toyota RAV4 with a roof rack, tail-hitch rack, and a roof-top box.

Hauling two mountain bikes on the roof had the biggest influence. The Altima lost around 13 mpg, going from 46 mpg down to just 33. The RAV4 lost around 7 mpg, dropping to 32 mpg from 39 mpg. There is even a loss when driving with the empty roof rack installed. The Altima dropped 5 mpg while the Toyota lost 2 mpg.

The Nissan lost 12 mpg with the bikes on the hitch-mounted rack, while the RAV4 lost only 5 mpg. The bikes stuck out to the sides of the sedan, which created more drag. They were mostly hidden behind the wider, boxier RAV4’s body.

The roof-top box resulted in a 9 mpg decrease for the Altima, and a 5 mpg drop for the RAV4. Overall, the aerodynamic drag does not hurt the boxier RAV4 as much as the sleeper Altima, so the study found. Going across town, this might not be an issue. But on a cross-country drive on a day out with the family, with a carrier or rack on the roof will affect fuel costs and you will have to deal with that annoying wind sound in your ear.

The harder the AC system has to push itself, the worse the impact on fuel economy. When I looked at studies that measured the fuel-economy difference in a 2008 Ford, Honda Accord, and Subaru Forester, we found that fuel use with the AC on went up, correlating with higher outside temperatures.

At 55 F, there was not any huge difference. But when the study’s researchers measured again on days when the temperature was in the low 70s and high 80s, they got fewer miles per gallon with the AC on.

So in general, you can expect a drop from 1 to 4 mpg with the AC on. The effect of opening the windows at 65 mph was not measurable by researchers in this study. In any case, the AC helps dehumidify the cabin, which can contribute to keeping the driving focused and in control. I would think that is a good trade off.

Ultimately, fuel economy is important. The last thing any of us want to do is spend more money than we have to on fuel. Consistent driving at lower speeds will yield better fuel economy, alongside driving without anything strapped to the top of your car to create unnecessary drag. Your air conditioner will also reduce your fuel economy but on hot days it is totally worth it to keep you alert and safe as a driver. 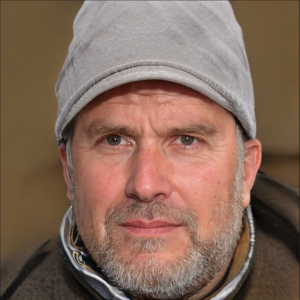